Last week I was a delegate at a national conference for those involved in the formation and training of future deacons. Ordinarily the conference would have taken place at a centre in Leeds over a couple of days, but obviously this year it couldn’t happen in the same way as usual. However, it was felt that the conference should go ahead in some format, and so it did. We all dutifully logged into the Zoom meeting at the prescribed time and we were good to go.
The structure of the day was explained, the various on-line etiquettes was outlined – “stay muted unless invited to speak”, “Use the raised hand function if you want to speak”, “voting would be done via the thumbs up icon”, etc, etc… We were then able to get underway. A prayer and reflection from a Bishop in Birmingham, the Chair’s introductions and the first speaker.
Unsurprisingly the subject of the day was based around Covid. Our first speaker started by saying that he had intended to talk about the diaconate and Covid, but he didn’t feel that he could do this effectively without changing the title to Covid and the Church. In essence he has saying that the pandemic has had such a profound affect on everybody, it isn’t possible to single out one group. This period has impacted everybody, without exception.However, out of adversity has come much hope.
By the magic of technology, I then found myself in a smaller chat room with just three others and a set of questions for us to discuss. Time was short, but it didn’t matter that we didn’t get past the first question, which asked us to think about what unexpected good things we had seen come about in the last six plus months, especially in the way in which our individual ministry and parish churches dealt with things.
One of my group spoke about his role in a local food bank that operates from their parish hall. The good things were an increase in volunteers and donations, but not only just an increase, but also more targeted giving of essential items that we making a positive impact on user’s lives. Another told us about how, about 3 or 4 years ago, he had set up a parish register, with the idea of pairing or grouping people and families in little support groups based on neighbourhoods. At first the idea had been slow to be accepted and only a very few people actively bought into it. He had even at one point thought of just letting it fizzle out – but in March and April, suddenly it came alive!
The other member of our little room, said that he had found things difficult to think of how his ministry had changed because due to age and not so good health, he found himself confined to home. But, thinking about the question specifically, his answer was the telephone. He had maintained contact with lots of parishioners who were in the same situation as he was and this had grown into a regular time chatting, which he said he derived as much benefit from, as he hoped others on the opposite end of the phone did.
For my part, I was able to talk about being able to stay in touch with the school community, both physically and virtually, being still allowed to visit the sick in the hospital, albeit under specific guidelines, and the evolution of these Deacon Diaries – something that we thought might just be for a few weeks, and not necessarily something I thought I could do. I termed my change as being able to carry on via ‘Ministry by Media’.
And then our time was up. We magically rejoined the big group with everybody else and all groups gave feedback.
At the end of the feedback, which mostly had a similar theme from each group, the speaker invited everybody to give themselves a big pat on the back. Wonderful things were being achieved up and down the country, communities were rallying around, prayer groups, virtual study groups, on-line RCIA, Confirmation and First Communion classes were happening – it all sounded very positive, not like the doom and gloom scenarios being portrayed in the media, but he also said, with a smile, that he wanted to chuckle a bit, because we had all talked about doing, and doing aimed at doing for others!
So, if I was to ask you to think about good things that have come out of your Covid experience, how many would look towards doing and especially doing for others?
Why had he chuckled?
We were asked if the Covid time had made us slow down?
Had that given me more time for an opportunity for prayer?
Had it given me a chance to spend a bit more me time in the presence of God?
Had we spent any time considering what the restrictions meant to our faith?
I can can think of two specific questions that I have asked myself, and invite you to ask them of yourself:
* As I haven’t at times been able to physically go to Mass, how do I now view my relationship with attending the church – has it changed?
* How does the way I live my faith reflect the teachings of the Gospels?
The lesson that springs to mind for me is that to be a follower of Christ isn’t just about doing – it is about being, and specifically being in an engaging relationship with God, Father, Son and Holy Spirit. Everything else, including the doing, flows from this, often in the most unexpected ways and times. We just have to be open to it. 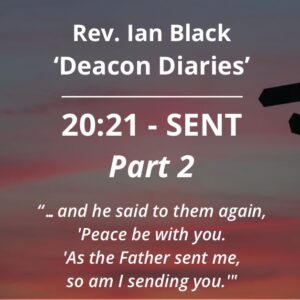 So here it is – Merry Christmas!

I have or I haven’t?

We don’t talk about that!

The other scary sacrament?

All I want for Christmas! 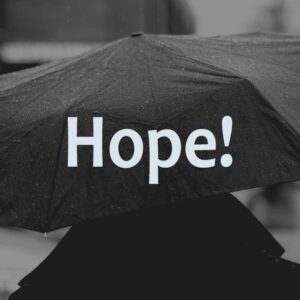